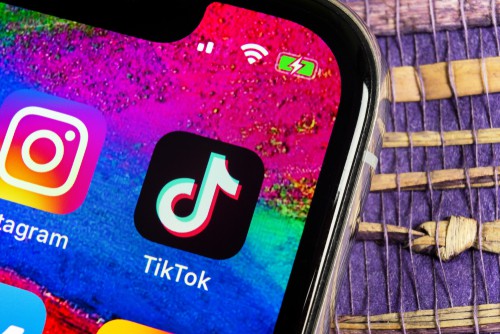 In February 2020, Tik Tok reached a whopping 1.5 billion downloads globally. There were 615 million new users who downloaded the app from the App Store and Google Play store in the past 12 months, an increase of 6% from the previous year. But why is it so successful?

Tik Tok is a hugely popular video-sharing social-platform owned by ByteDance, a Beijing-based company founded in 2012. Content creators take existing formats, such as jokes, memes and songs, and reinterpret them in their own way. A song is lip-synced by hundreds of creators, each adding their own twist to it. The content shared via TikTok can be described as mostly frivolous, but users don’t care. They have fun creating it and don’t seem bothered by public scrutiny.

Unlike Instagram, TikTok isn’t about you or what you’re doing. It’s about entertaining your audience. It’s not spontaneous chronicling of your real life. It’s about inventing characters, dressing up as someone else and acting out jokes. It’s not about privacy and friends but strutting on the world stage. And it’s not about originality — the heart of Instagram. TikTok is about remixing culture — taking the audio from someone else’s clip and reimagining the gag in a new context by layering it on top a video you record.

Should Instagram be worried? TikTok is unlikely to replace Instagram, but it could become a good alternative source of entertainment for users. Most users won’t abandon Instagram for TikTok, but the amount of time they spend on Facebook’s photo-sharing app could decline. TikTok is almost the opposite or a deliberate parody of what’s on Instagram; its users seemingly go out of their way to denounce the latter platform’s aesthetics, high-profile production values and originality. If anything, the majority of TikTok creators embrace the silliness to the fullest, and in that lies its biggest strength: setting the entry bar very low. TikTok enables anyone to jump in quickly and create content, without the work that goes into polished production.

TikTok has a relatively younger user base than Instagram. Nearly half of its users are teenagers, and more than 65% users are under 25 years old. The app is equally popular among male and female users. However, a large number of millennials and boomers install the app out of curiosity and end up ditching it after a while. It is fun to scroll through these videos for a half-hour every now and then, but it eventually becomes repetitive and loses its stickiness after a while.

While both Instagram and Facebook are pretty ad-heavy, TikTok isn’t (not yet at least). They started showing short ads in January 2019, and they now have an advertising system, but it isn’t driving people away from their platform yet. TikTok generates revenue through in-app purchases such as digital gifts and emojis. But it’s also ramping up its advertising business, showing you portrait-mode video ads. Unlike Instagram, TikTok has access to both the Chinese and international markets for advertising means. Facebook’s apps don’t have access to 1.4 billion people in China.

Teenagers are gaga for TikTok. And with the advertising floodgates wide open, brands are too. Chipotle, Nike, Skittles, Fenty Beauty, Pepsi, and Universal Pictures are among the many companies that have already been lured by TikTok’s warp speed success.

So, is it time for your company to start TikTok marketing? The team at Rumour Mill has had a play around with the app and we are all unanimously sold. The platform acts an endless feed of short entertainment bursts which are light-hearted, warm and often funny. This is a welcome alternative to the perfectly polished aesthetics of the gram. We especially love the ability for everyone to get involved in Tik Tok. The app actively encourages people of all ages to try the latest dance trend or lip sync their favourite comedy skit. We can certainly see how it would fit in the marketing mix in the near future. Restaurant clients making quick fire food videos, fashion brands doing sassy runway shows and much more. It is essentially Instagram Stories on steroids, and we are here for it!

Tik Tok grew by over 400 per cent between 2017 and 2018 and is now a mainstream app. The question is, will this explosion continue? Or, are we approaching the ceiling whereby user growth will flatten a la Snapchat and Twitter? Time will certainly tell.

Give it a go this Easter Weekend or follow our Rumour Mill Social Media Guru Ciaran for a few giggles: @ciaranmullan04. Once we get past Covid-19 and we are all together – Rumour Mill TikTok will be born to entertain you all.

Rumour Mill Creative Communications is all about creating integrated, multi-platform communications strategies that capture the imagination and spark the consumer’s curiosity.

We work in partnership with our clients to build a powerful brand story that will take your business to the next level.